It's a frustrating scenario, but one that many men recognize: frequent visits to the restroom, waking up at night to urinate, and struggles with straining and dribbling. All of these may be signs of BPH (benign prostatic hyperplasia), doctors say. 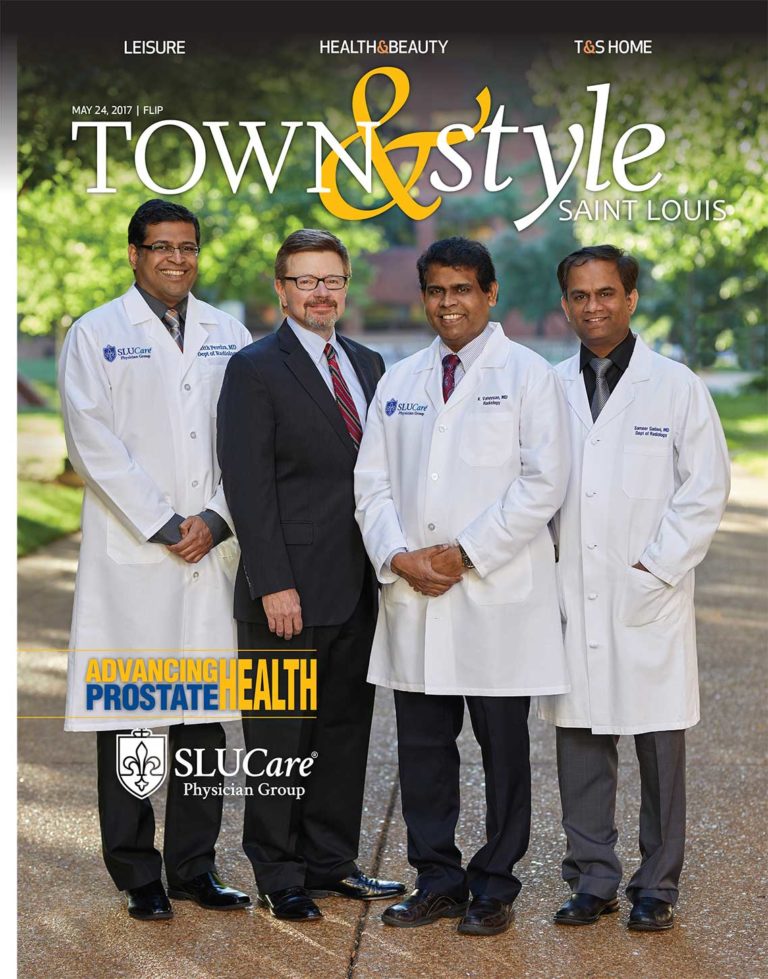 The good news is, SLUCare doctors are among a select group with FDA approval to test and perform a new, minimally invasive treatment for men with these symptoms. Known as PAE (prostate artery embolization), the outpatient procedure has fewer side effects and a shorter recovery time than traditional surgery, says SLUCare interventional radiologist Dr. Keith Pereira. And SSM Health Saint Louis University Hospital is one of only five U.S. hospitals — and the only one in the Midwest — with FDA approval to perform it, he notes.

BPH is a noncancerous condition that causes prostate enlargement in about half of men ages 51 to 60, and up to 90 percent of men over 80 — so it's a common problem, Pereira says. Dr. Sameer Gadani performed SLU's first PAE procedure in 2014, and the interventional radiology team put a great deal of effort into obtaining FDA approval to offer it more widely, he notes. SLU worked with the technology firm Siemens to develop imaging for the procedure, and Andy Hall, D.Sc., from the university's biomechanical engineering department is heavily involved in ‘mapping out' the procedure, says interventional radiologist Dr. Kirubahara Vaheesan. The FDA approval is especially important because it means prostate enlargement no longer has to be accepted as part of the male aging process, he notes.

During PAE, doctors use local anesthesia and insert a thin catheter into a wrist or groin artery, then guide it through the body toward blood vessels that feed the prostate. Particles called microspheres are injected into the vessels to reduce blood supply to the organ, causing it to shrink. It's an improvement over traditional surgical techniques, which are more invasive and can cause side effects like sexual dysfunction, incontinence and bleeding, Pereira says.

BPH can have serious consequences if it's not treated, so it's important to tell your doctor if symptoms appear. "Many men with BPH have a lot of difficulty passing urine," Vaheesan says. "Some even have to use a catheter. Many have to get up often at night, and it takes them a long time to go. They can't sleep, and they suffer a lot." But when they're asked to describe their quality of life after PAE, the results tend to be very positive, he notes. "Men tell us they've tolerated the treatment well, they're passing urine much more easily, and they can sleep at night," Vaheesan says.

When I'd travel, I could only go an hour or so without stopping. Now I can drive four or five hours, and sleep through the night. I'd recommend PAE to other men — my quality of life has really improved.”

Patients often have the procedure on a Thursday or Friday and return to work Monday, Pereira says. "It's a good alternative for men whose BPH isn't well controlled with medication, or who can't tolerate the medication. It's also a good choice for those who can't have surgery because of other health conditions." Hosea Bartlett of Huntsville, Alabama, says he was one of those patients not helped by medication. His doctor suggested surgery, but Bartlett's son works for SSM Health Saint Louis University Hospital and told him about PAE, so he drove to St. Louis to meet with SLUCare doctors. "Before the procedure, I was getting up once or twice a night to go to the bathroom, so I couldn't sleep," he says. "When I'd travel, I could only go an hour or so without stopping. Now I can drive four or five hours, and sleep through the night. I'd recommend PAE to other men — my quality of life has really improved."

When patients come to SLUCare asking about the procedure, they are evaluated to check the severity of their BPH. "If medication or surgery isn't an option, PAE may be the answer," Pereira says. "Getting the FDA stamp of approval was an important step. I foresee this becoming the standard of care in the next three to four years."